I have just released Version 2.1. The main change is that it now supports touch controls, allowing you to play the game from your mobile. 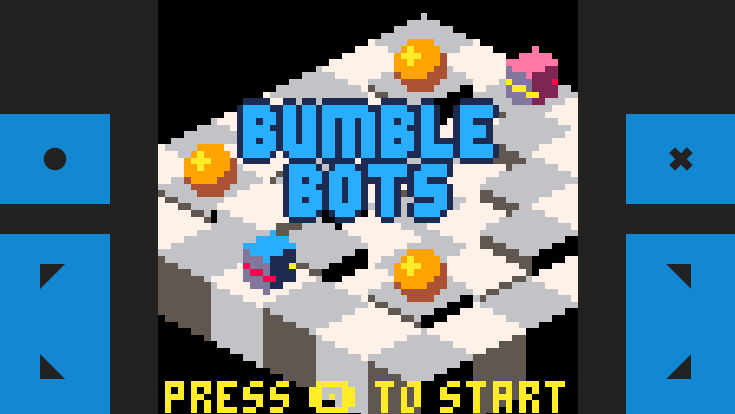 The support for touch controls is based on the template available at https://github.com/headjump/pico8_html_template. However, it has been modified quite a bit. As you can see from the screen, the controls are different than when you play the game using the keyboard. There you can: Move Forward, Move Backward, Turn Clockwise, Turn Counter-Clockwise.

I tried this using touch, but this was awkward. I did not find a layout that was easy to use and intuitive. This made the game unnecessarily hard. So now using touch, you simply indicate the direction you want to move to. If the bot is already oriented correctly, it will immediately move forward (or backward) as needed. Otherwise the bot will turn first, and then move (forward) in the desired direction. Also, you can tap a direction to just rotate. You can then start your move later, for example, to perfectly "ride the waves".

The time it takes for the bot to rotate and move has not changed, so the game play is unchanged.

I hope you like these controls. Let me know what you think!