This year I again participated in the Global.Game Jam. This year's theme was "repair".

We created a game where you had to re-unite (re-pair) bots by repairing the tracks that they traverse. We developed the game in Unity, and at the end of the weekend we actually had a fancy-looking game. It even featured many different modes: Single-Player/Multi-Player Cooperative/Multi-Player Competitive and the choice of Puzzle or Action. 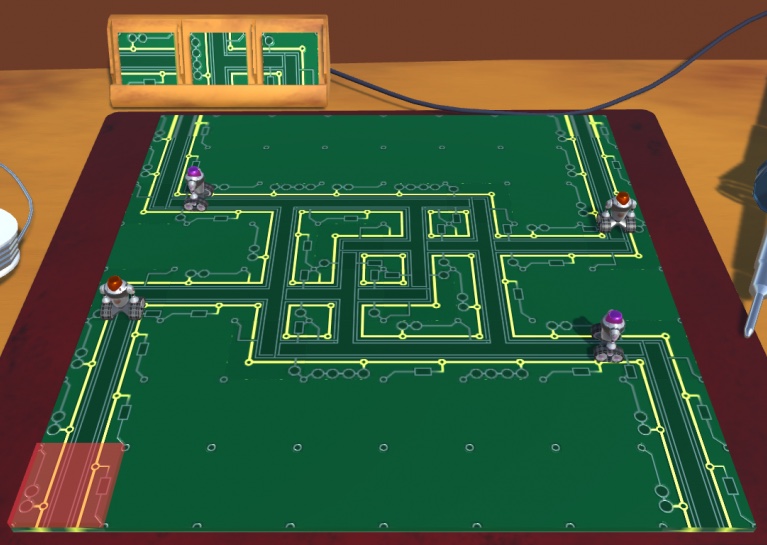 The game can be found here.

This post, however, is about a spin-off. I wanted to pursue the puzzle mode further. Could an entire game be based on this mode? Would it be possible to create enough interesting levels? Could it also work on PICO-8 and Gamebuino? This required converting the game to a far lower resolution.

I first prototyped the idea on PICO-8. This seemed promising:

This gave me the confidence and inspiration to port it to the Gamebuino. This required using the "hi-resolution mode" of the display, 160x128 instead of 80x64. I had not yet tried this, so that made it an interesting project. You have to be careful with the details in the sprites, but in the end I was happy with the result: Bumble Bots Re-Pair on Gamebuino: 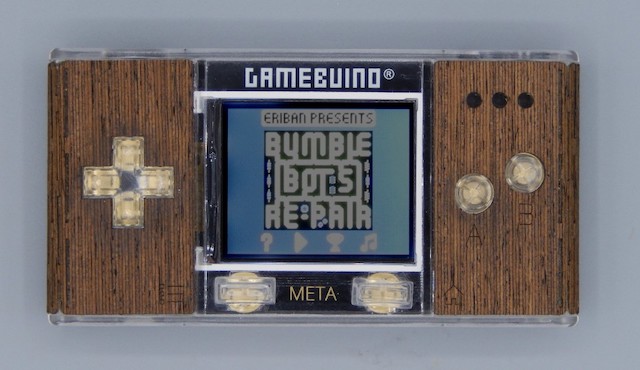 I also wanted to see if I could get the Bumble Bots music, composed by my brother, to play on the Gamebuino. I was not happy with the built-in support from the library to play WAV-files. This introduced unwanted noise, and also required users to separately download and install the required WAV-files. So I went on a slight detour and created my own tracker for the Gamebuino.

After that, however, it was time to go back to my PICO-8 prototype and polish that. I added all the features and levels from the Gamebuino-version of the game, plus some more.

Today, nearly four months after the game jam, it's ready for you to play.

Go ahead, and give Bumble Bots Re-Pair a go. Can you complete all ten levels? Let me know what you think of the game.

Re-unite pairs of bots in this challenging action puzzle game